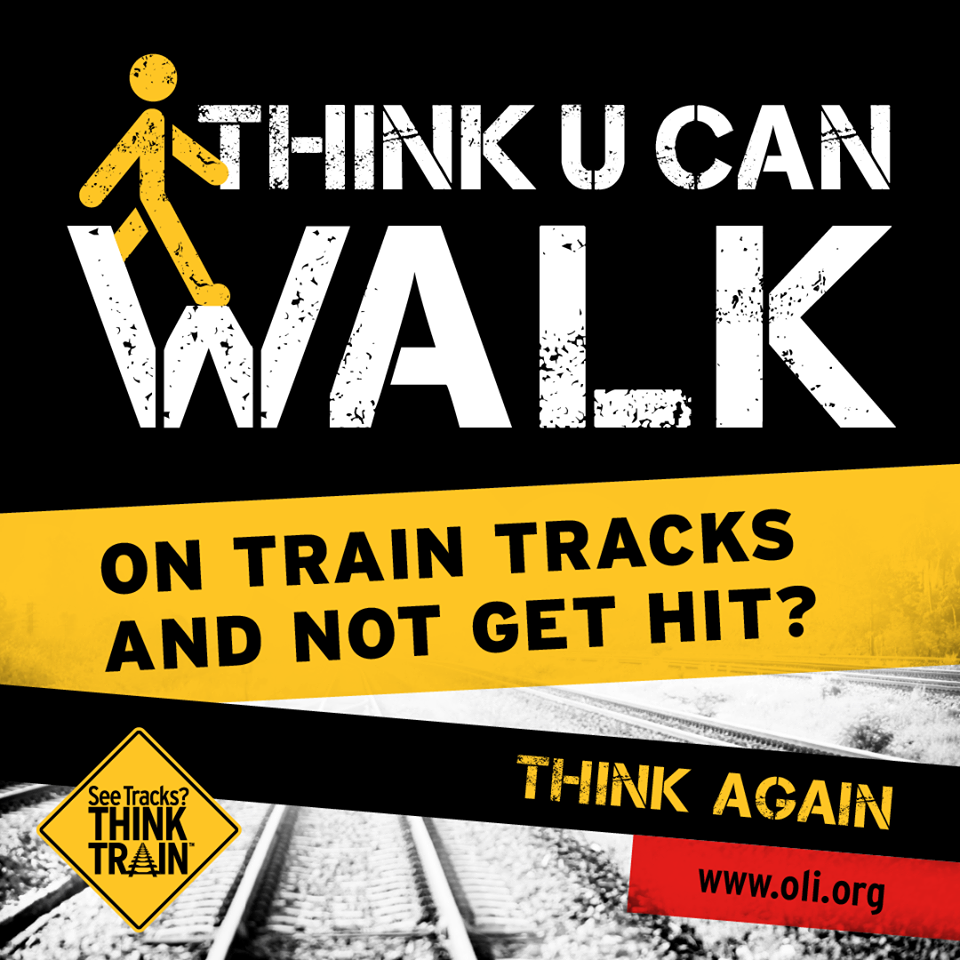 LOS ANGELES – Metrolink and the Orange County Transportation Authority (OCTA), along with regional passenger rail and freight operators, law enforcement agencies and Operation Lifesaver, issued a call to stop track tragedies by discouraging irresponsible behaviors around tracks, removing homeless encampments along rail rights-of-way and providing more resources for people in despair who may be contemplating suicide.
Every three hours in the U.S. there is an incident involving a train and a person or vehicle, according to Operation Lifesaver, the nation’s largest rail safety organization. The problem is particularly acute in southern California where public and private railroads operate in a dense urban environment.
It runs the gamut from people taking shortcuts on the right-of-way, would-be models posing on tracks as a background for social media posts, to homeless encampments, and, tragically, suicide attempts.
Along Metrolink system tracks, there are nearly 900 grade crossings alone.
“Across the state, passenger rail and freight operators have seen a spike in people trespassing on their rights-of-way,” said Nancy Sheehan-McCulloch of California Operation Lifesaver. “Trespassing on railroad tracks is dangerous and can be deadly.”
Suicide is the leading category for fatal track tragedies on the Metrolink system with at least 10 already in 2018, while there were four in 2017.
“Suicide does not discriminate; it affects people young and old, rich and poor and from different ethnic backgrounds. But the availability of lethal means such as living beside a train track can increase the risk,” says Lyn Morris, Senior Vice President of Clinical Operations for Didi Hirsch Mental Health Services. “Didi Hirsch’s Suicide Prevention Center has a free and confidential 24/7 Crisis Line (1-800-273-8255). If you or someone you care about is thinking about suicide, please call. Caring counselors are there to help.”
Homeless persons living alongside tracks is a growing problem without easy solutions. At the beginning of 2018, Metrolink identified 140 homeless encampments along its tracks in Los Angeles, Orange, Riverside, San Bernardino and Ventura counties. Since then, that number has been reduced to 14.
Metrolink and its regional rail partners including Metro, BNSF and Union Pacific Railroad formed a homeless outreach task force that brings law enforcement, mental health and homeless outreach resources to work humanely to remove encampments.
Rail operators, like Metrolink, take a three-pronged approach to rail safety, investing heavily in engineering, education and enforcement, the “three E’s.” But officials say safety is everyone’s responsibility.
“We rely on people to be responsible because sealing the rail corridors is not practical,” said Capt. Karl Schow of the Los Angeles County Sheriff’s Department who oversees Metrolink’s law enforcement program. “Trespassers cut through fences to take short cuts.”
There is an alarming number of cases of people using railroad tracks for social media videos and backgrounds for anything from wedding photographs to baby pictures.
For more information about Metrolink, please visit www.metrolinktrains.com.